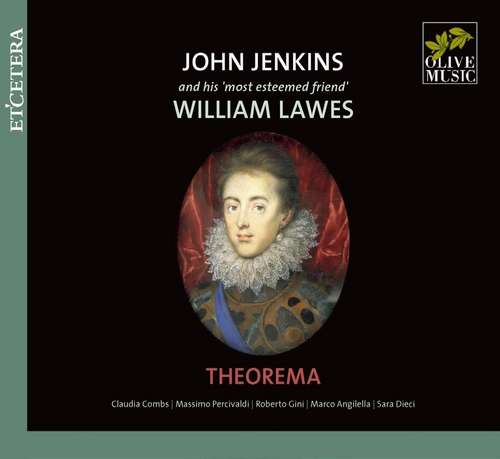 John Coprario:
“Fantazies For the two Base Violes to the Organ”
Fantasia 4
John Coprario and the Fantasy-Suite The expression Fantasy-Suite was adopted in modern times to define a genre typical of seventeenthcentury English instrumental music, to which the contemporaries did not feel the need to give a name. We, however, designate by that term a model that had its origin in the 24 Fantasy-Suites by Giovanni Coprario (as John Cooper or Cowper, ca. 1575 – 1626, called himself, italianising his name). Scored for violin, or two violins, and viola da gamba “to the organ” (a prescribed organ part and not reduced to the basso continuo line), these compositions are typically divided into three movements: Fantasia - Almain - Galliard. Coprario conceived the Fantasy-Suite for his viola da gamba student, the Prince of Wales and future King Charles I of England (1600 - 1649), in which he performed the viol part. It was in this context that the latter met William Lawes (1602 - 1645), two years younger and also a student of Coprario, a meeting that was the beginning of an intense friendship. The future King often went to Hertford, where William lived, with Count Edward Seymour who was a patron of both the teacher and the student, and with whom Coprario was customary to play in consort. Coprario became composer-in-ordinary to the Court in 1625. His formal model was adopted and developed by William Lawes and John Jenkins (1592 - 1678) during the era of the reign of Charles I; subsequently by John Hingeston (ca 1610 - 1683) in the period of Oliver Cromwell’s Commonwealth of England and again by Jenkins and Christopher Gibbons (1615-1676) after the Restoration of 1660. Lawes paid a tribute of gratitude to his teacher in the beautiful Paven of Coprario (for harp, violin, viola da gamba and theorbo) but especially in the 16 Fantasy-Suites that have reached us in manuscript.