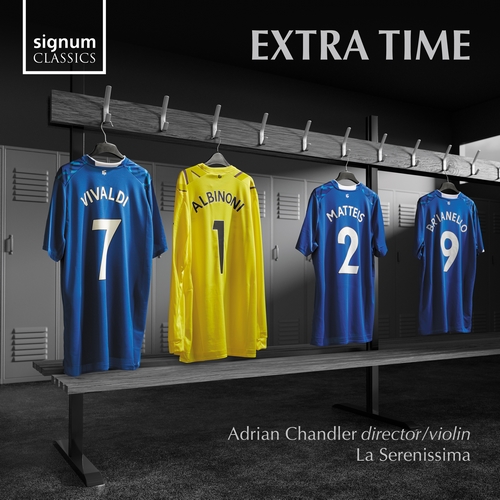 Following on from their highly acclaimed ‘The Godfather;’ released on Signum last year, this release shows the class act that they are, with these recordings making for one incredible album.

La Serenissima was formed in 1994 for a performance of Antonio Vivaldi’s La Sena festeggiante and has now firmly established itself as one of the leading exponents of the music of eighteenth-century Venice and connected composers. The entire repertoire of La Serenissima is edited by director Adrian Chandler from manuscript or contemporary printed sources, a testament to its vision to enrich life by sharing its passion for Italian baroque music.
Recordings: St John’s Smith Square, London, 25 August 2016 (Tr. 1-3), 26 August 2016 (11); The Hospital of St Cross, Winchester, 24 April 2015 (4-7), 8-11 February 2011 (15-17); Cedars Hall, Wells, 15 February 2018 (8-10), 14 February 2019 (12-14)